See something that looks familiar here? Perhaps you saw it first over at Family Home and Life, my other blog.

My Kids Club group made a simple Halloween Garland as their craft project last week. I used simple things from my craft stash to make this easy garland. Of course you could make multiple items to make a long garland but we were working in a short time frame and each child took home their own creation. 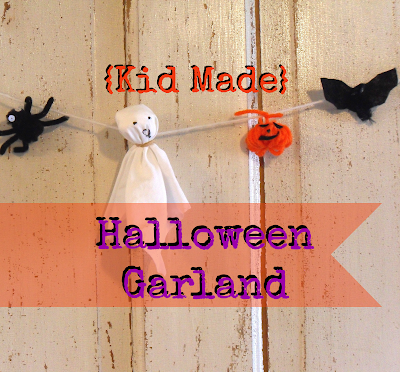 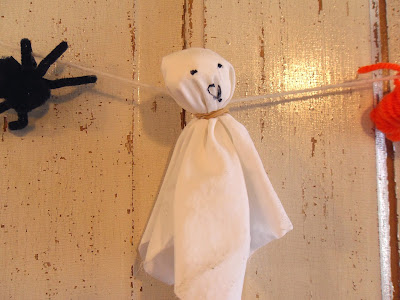 First we made a ghost. I don't have pics here of that process but all you do is cut white fabric into a square or circle, stuff something into the middle for a head (we used toilet paper) wrap the fabric over the stuffing and secure with a rubber band or string. The face is made with permanent marker. 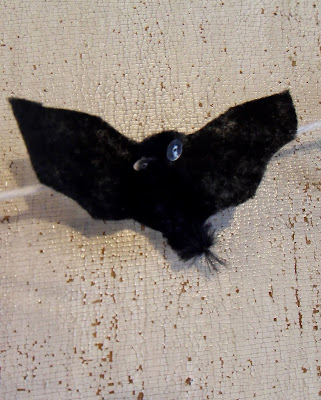 The bats were cut from black felt and a strip of pipe cleaner/chenille stem was cut for it's body and glued to the wings. Sequins became eyes. Add a little extra onto the top of the pipe cleaner to become a hook for hanging later. 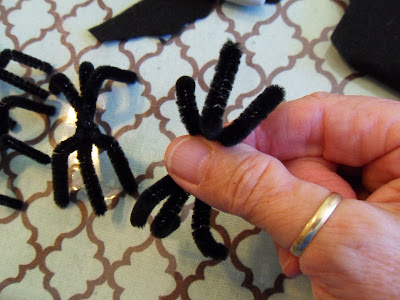 For the spiders, we took 3 cut pieces of pipe cleaner/chenille stems and twisted them together in the middle. Holding the twist, I pushed up the legs to the shape I wanted. A pom pom body was added with glue and a smaller pom pom became a head. Again, sequin eyes were added. 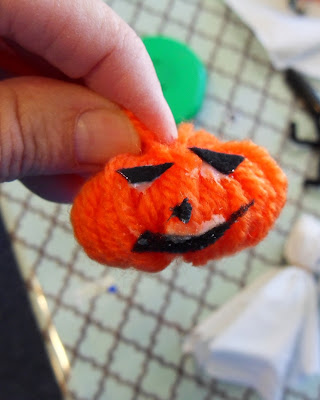 The pumpkin was made by generously wrapping yarn around 3 fingers and then tying a yarn strip around the middle. Fluff out the strands and it becomes a pumpkin shape. The face was cut pieces from left over black felt. 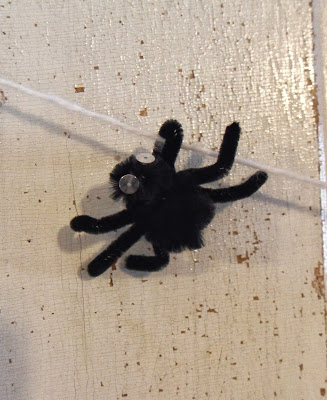 We used a length of yarn to hang each piece; running it through the rubber band at the ghost neck and through the yarn tie on the pumpkin. On the bat we bent the the top of the pipe cleaner over a bit to hold the yarn and the spider is holding on with a leg. 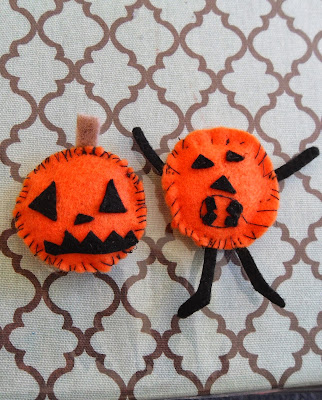 My two best seamstresses stitched little pumpkins from 2 inch rounds of felt but didn't want them added to the garland.

I link at these parties.

Gosh I love to read your comments! Thanks for leaving one :)

"If only you could sense how important you are to the lives of those you meet, how important you can be to people you may never even dream of. There is something of yourself that you leave at every meeting with another person." Mister Rogers 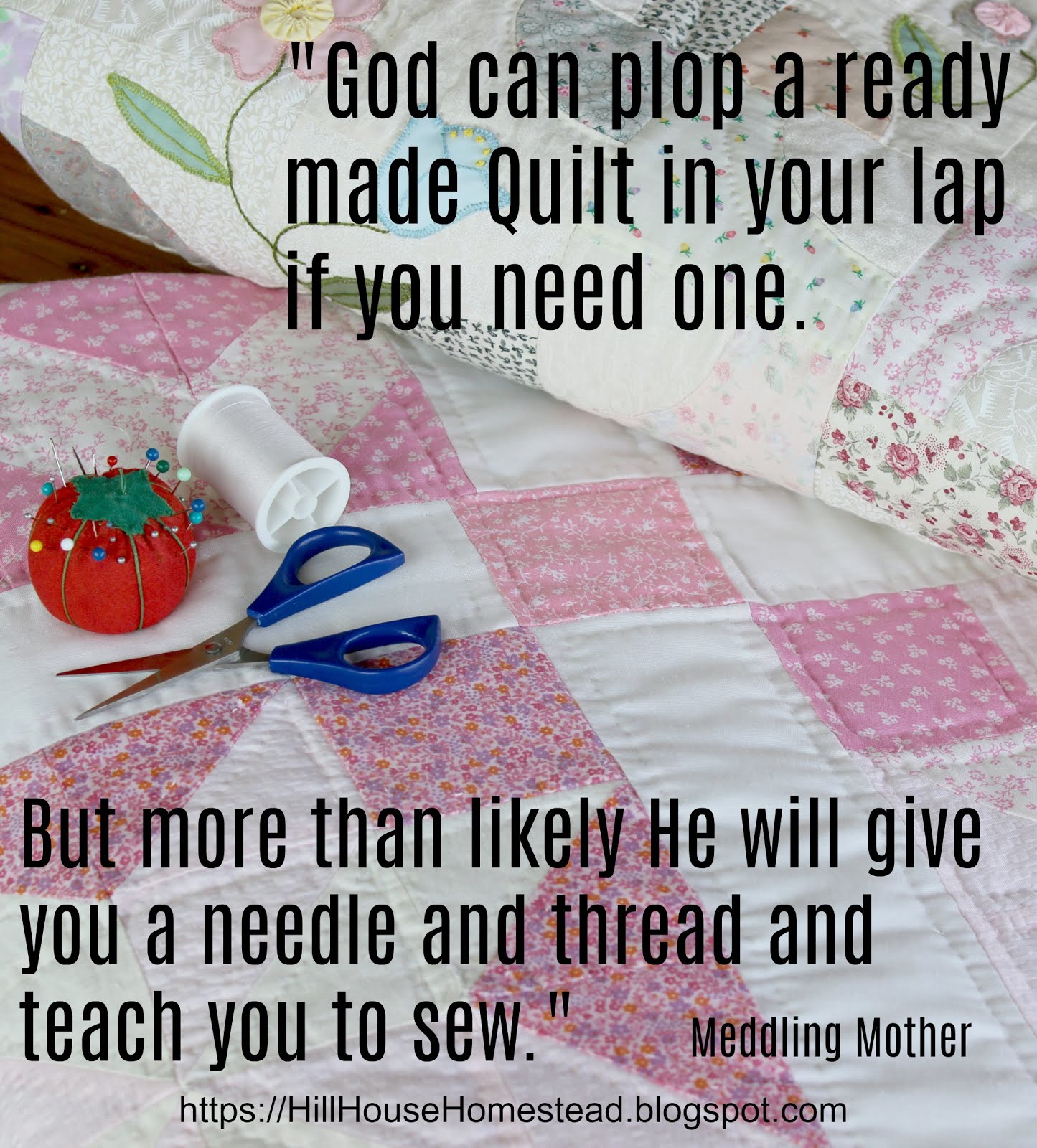 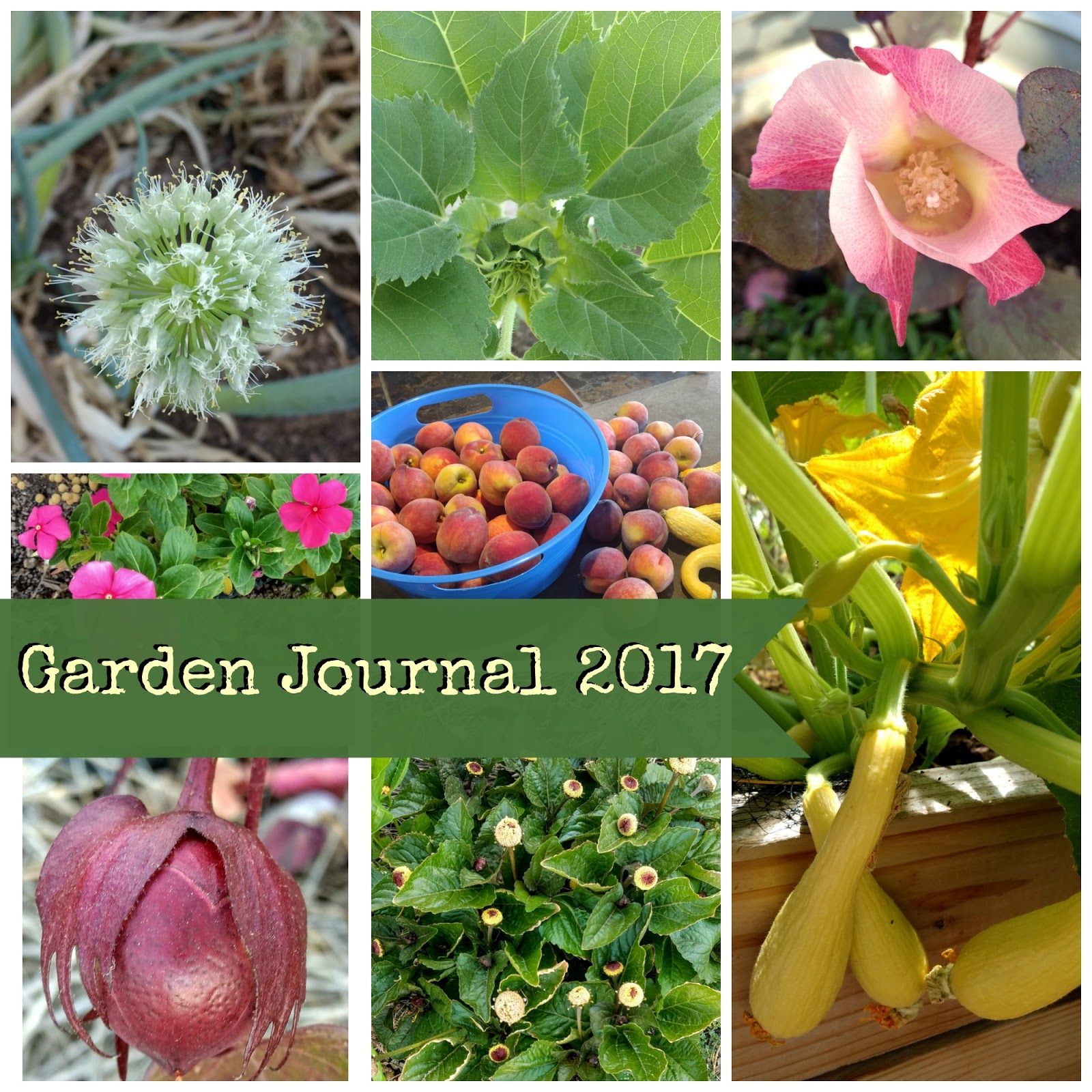